She was going to win. The momentum in the courtroom was shifting her way. She could see the judge leaning forward, the court clerk highlighting sections of her brief, opposing counsel scribbling furiously on his notepad. Her voice was getting stronger, her back straighter. She was doing great. She made another convincing argument and watched opposing counsel grimace as he began hunting furiously through the papers next to him. She thrust out her hands to make a point. First, the right; then, the left. And with that tiniest of miscalculations, the tip of her finger grazed the papers stacked on the lectern, sending them—along with her iPhone, pens and highlighters, and her last gulp of coffee—onto the floor, where they landed in an unceremonious heap next to the clerk’s foot. A hush filled the courtroom as the other lawyers on the four o’clock calendar put down their reading in anticipation of the carnage ahead. She couldn’t believe this was happening. She wanted to cry, but pinched her thigh under her suit until the pain put an end to any thought of tears. She looked at Judge Schneider scowling at her from the bench and glanced down at her disgraced brief.

It hadn’t always been like this. There was a time in the not so distant past when she had enjoyed all the luxury—both money and help—that a big law firm could offer. She had graduated Order of the Coif from UCLA Law School and had accepted an offer to become a litigation associate at the biggest, most prestigious firm in town. Not bad for a girl from the south end of San Bernardino County. She grew into a good and conscientious lawyer at Tate & Brown LLP. But after two years of associate work and accompanying big paychecks, she became restless and dissatisfied. The fact was, she was a plaintiff ’s lawyer. Always had been, always would be. It was a bent left over from her childhood that she couldn’t deny no matter how hard she tried. Doing defense work for big insurance corporations was slowly but surely sucking the life right out of her. Jesse called it her own personal David-Goliath complex. And Jesse didn’t like that she had it. It kept their relationship in a state of on-again, off-again suspension that he was beginning to hate.

When it came down to it, though, it wasn’t an agonizing decision. In fact, it wasn’t a decision at all, but a revelation that appeared to her early one morning last January. She had a vision of herself slaving away her youth, locked away in the ivory chamber of prestige and wealth, moving money around. It was always about the money and moving the money. Sometimes your client got more, sometimes less, but to her it was never anything more. On that frosty morning, she realized that either she didn’t want to spend her life moving money or, if she was going to move money, she wanted to move it into the hands of people who needed it. So she gave notice and set out to open her own law firm with an emphasis on plaintiff ’s personal injury. To say that things hadn’t gone according to plan was a kind understatement. And it was on mornings such as this that she wondered if she had made the right decision or whether the revelation she experienced was just a psychotic episode brought on by too much Diet Coke and too little sleep.

She forced these thoughts from her head and began speaking carefully, her brain churning one step ahead.

“No, your Honor. I wasn’t aware Miramar had been overturned. But I cite Miramar solely for the general proposition that a family member can recover damages for emotional distress when that member witnesses the death of a loved one.” She took a deep breath and plunged ahead. “The fact that Miramar was overturned on other grounds is simply irrelevant.”

“Irrelevant is a word I would use carefully, Ms. Brockman. Although I agree that Miramar correctly states the black letter law on this point, I don’t enjoy seeing overturned cases cited in briefs filed with this court and I sincerely hope I won’t see it again.”

“No, Your Honor. You won’t. My apologies to the Court.”

Schneider rocked forward in his chair and leered over the bench. “Regardless of your glaring error, Ms. Brockman, I find you have met your burden of proof and I’m granting your motion. Submit your order to the clerk by noon tomorrow.”

“Thank you, Your Honor.” Sarah hastily gathered her papers and bee-lined for the door, scurrying quickly into the corridor in case the famously mercurial judge changed his mind.

“Nice save in there, counselor.” She turned to see one of her law school classmates rapidly approaching from the courtroom. Sam Morrow. Smart, but unpretentious. She was glad it was Sam and not some other less than gracious classmate.

“Hi, Sam,” she called. “I wish that hadn’t happened in front of Schneider. But at least he wasn’t at his nastiest today.”

“Yeah, I know what you mean. I try to say as little as I can, stand up straight, and hope it’s over as soon as possible.” He shot a hand through his still jet black hair and scratched the back of his neck—a mannerism she remembered well from law school. “I heard you went out on your own. How’s it going?”

“Not too bad.” She felt she could be a little more honest with him than with other colleagues she ran into, to whom she usually replied, “Great. Couldn’t be better,” when asked the same question. “It’s been a bit rocky in terms of money and time. I wish I could get more help without having to pay any more money.”

She could see him shift uncomfortably and look down at his beautifully polished Allen Edmunds shoes. She suspected he was still at Cabot, Strickland & Baines LLP and making obscene amounts of money. Cabot had risen to prominence about seven years ago based on a couple of colossal class action judgments against Conran and Mumford, two Fortune 100 asbestos manufacturing companies. Since then, they had branched out into corporate work and different kinds of personal injury cases including, surprisingly, auto accidents, but they seemed to attract the higher end, bigger damages car cases—not the minor fender benders she got stuck with. She guessed these cases were extremely lucrative for them even with the tightfisted insurance companies on the other side. Brain damage or lost limbs simply paid more than a strained neck. She knew she shouldn’t, but couldn’t resist confirming the obvious. “You still at Cabot?”

“Yeah,” he said. “Lots of hours though.” He inspected his shoes again with renewed interest, and then had an idea. “Hey, how about we go and grab a drink? I think you deserve one after that run-in with Schneider.”

She hesitated. It would be nice to share war stories with another lawyer for a change. Not only was her professional life challenging and stressful, it was lonely too. No one to bounce theories off of. No one to celebrate the successes or commiserate with about the failures. But as much as she wanted to go, she knew she couldn’t. She had a summary judgment motion waiting on her desk that was due tomorrow. Needless to say, she hadn’t even started it and it was already five o’clock. Maybe another time.

She said goodbye and walked out into the blinding late summer sun. She didn’t see the truck roar around the corner and careen through the crosswalk. She just heard a sickening screech of tires and two deadly thuds. One when the truck hit the man in the crosswalk, the second when he slid off the hood and onto the pavement. She stood frozen for a second, stunned by the horror. Then her body was on automatic, racing to the corner, every nerve on fire.

Blood seemed to stream from every pore on the man’s body. His face was a mangled mass of blood and tissue, jaw contorted at an impossible angle. She couldn’t determine his race, let alone his age or nationality. He stared straight ahead, his eyes unblinking, unnerving in their focus.

“Call 911!” she yelled to a woman standing by, her mouth agape. Sarah grabbed the man’s neck and felt for a pulse. It was there, but faint and erratic. The woman still hadn’t moved. She lunged at the woman and thrust her into motion.“Call 911— now! Move it!”

She turned back to the man just as a college age, pimply faced boy rounded the corner and let out a blood-curdling, inhuman scream of anguish. He raced to the man and fell down next to him, cradling the blood-soaked head in his lap. “Dad, it’s me, Andy. I’m here. Don’t worry, Dad. Everything’s going to be OK. You’re going to be fine.” Sarah was struck by the almost instantaneous composure the boy was demonstrating, far beyond his years and experience. She touched his arm gently and sat quietly at his side.

The shriek of the fire engines seemed to jolt the now numerous bystanders into action. Hands were everywhere. Pillows appeared, water was produced. Then, in a heartbeat, it was over. The paramedics arrived and rushed in with a flurry of activity and authority that would have put the cavalry to shame.

Sarah moved out of the way, sat down on the curb on the far corner and began sobbing uncontrollably. The tension flowed out of her and seemed to saturate the street. She couldn’t remember ever feeling more spent.

“Thanks for your help.” She looked up to see Andy standing next to her. Blood covered his shirt and pants. “Did you see what happened? Did you see who did this?” His face was imploring, almost as if an answer would somehow turn back the clock and retrieve his life.

“I didn’t see his face. I’m sorry. It happened so quick. All I could tell was that it was a big, white commercial truck with some writing mostly etched out on the side. It had something to do with ‘meat.’ Like ‘it’s meat time’ or ‘meat so fine.’ Something like that. He didn’t even stop. Just kept driving as if he had run over a pile of trash.” She paused, looked up, and saw the damage her ill-considered words had done.

The look of pure anguish on the boy’s face made her wince in sympathy and she reached out instinctively to embrace him and pull him close. He crumpled to her side—a blond shock of hair falling over his tear-streaked face. She saw the little boy he must have been at ten. So very small. So unbearably scared.

“My dad is the finest man I have ever known.” He began quietly, almost in a whisper. “He never has a harsh word for anyone. He works so hard. Every day he works hard to provide for us, to care for us. He has taught me things I could never have learned on my own. He deserves better than this.”

She fought for the ideal words, racking her brain for the perfect message, but all she could come up with was, “Don’t worry. He’ll be fine. I promise, everything will be OK.” And with that, the boy took a long, deep look at her, squeezed her hand and walked away. She wouldn’t hear from him again for six months. 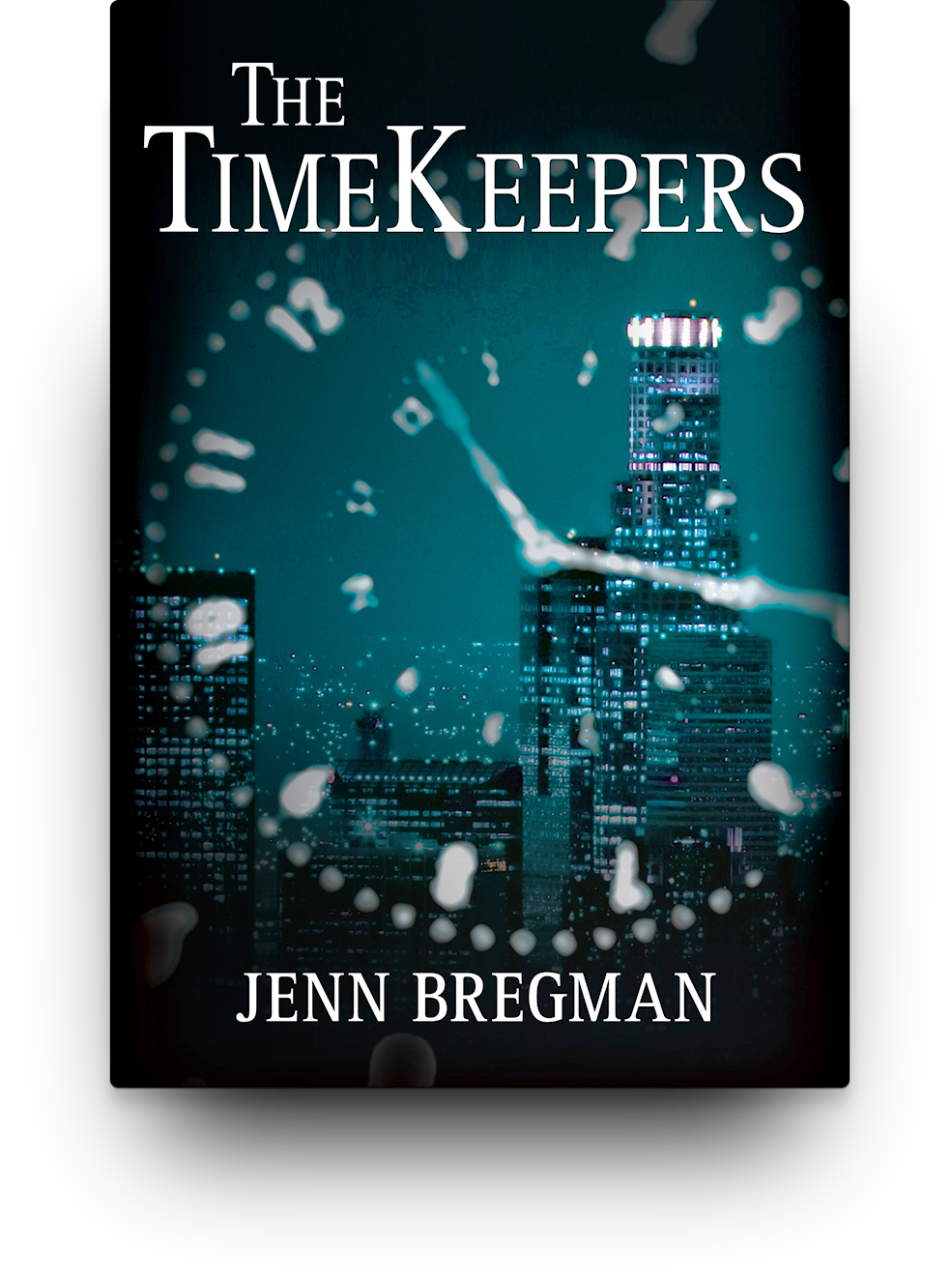