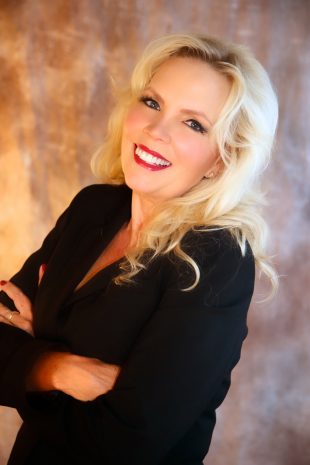 So, your New Year’s Resolutions have already gone to pot…

So, your New Year’s Resolutions have already gone to pot….
And I don’t mean in a Colorado/Oregon/California kind of way.  And you feel the kind of self-loathing, hopelessness or (insert self-punishment word of choice here) that you’ve felt so many times before that you just slip into it like an old pair of sweats.  Perfect fit.  Comfortable.  Safe.  Sad.
Now what?

You could spend the rest of your days, nights too, and lots of money, searching those dark interiors for the “Why?”  of it all…. But you still have a tiny flame of your resolutions flickering within, so you decide to ….

Just get on with it.  Fix what went wrong.  Start changing your life.

You revisit your self-help books about changing habits.  Yes, there’s the familiar 21 day rule, but wait, another says 30 days, and here’s 66 days.  And then—horrors—according to the new Phillippa Lally study published in the European Journal of Social Psychology, it takes anywhere from 18 days to 254 days for people to form new habits – just in time for next year’s New Year’s Resolutions!

Okay then, NOW what?!

After making my way through New Years and its resolutions more times than I’d care to admit, I have found only one way that might, I repeat, might, work much more rapidly and effectively, providing you are bold and fearless enough to fully commit to your decision to change regardless of the obstacles sure to follow.
This is …. an identity shift.

Granted, some identity shifts can be instantaneous.  Mostly because they’re the result of a status change.  Most of us will recall an intense, maybe even physical response, when we became engaged or married, or when we became a parent.  It’s so shocking that many of us shift almost immediately.  Some identity shifts are also easier because there’s no wiggle room.  If your identity is as a non-smoker, you simply don’t smoke.  If you are a teetotaler, then you don’t drink—no thought required, and no effort!

The identity shifts that are in the grey zone, meaning not all or nothing, are harder.  What about overeating less?  What about drinking not as much?  What about lying hardly ever?  What about exercising more?  There’s enough wriggle room in there for a whole basket of snakes.  And once you let a head in, the rest of the body quickly follows.

The power of an identity shift is that it takes the quibble out of the grey zone.

It’s like waking up in the morning and torturing yourself over whether you’re going to go do some “blow” after breakfast.  For most of us, the decision is no decision – we are never even considering tooting up over our Cheerios.  It’s just not in our portfolio of choices.  And since there is no decision to be made, a huge part of our minds, emotions, and spirits are freed from this incessant decision making–and remaking–waste of time and can get out there and be amazing!

So how do you shift your identity and jump on this magic train?
Act the part as if you already were the person you want to be.  Act as if you are that person NOW.

How does someone who’s not an overeater act?  Well, they don’t think about what they’re going to eat or not going to eat all day.  They don’t keep two, or even three sizes of clothes in their closet “just in case.”  They don’t go to buffets because they’re a waste of cash.  No, they generally eat foods that make their bodies feel good and they generally eat when they’re hungry.  And they view the occasional overindulgence as a healthy part of a thoroughly delightful life.

Whatever “it” is for you.  Ask the question: “How would someone who is physically fit/on time/courageous act?”